✓ Fresh videos every week!
✓ 300+ exclusive videos
✓ The biggest names in carp fishing
✓ An advert-free experience
✓ Stacks of information
✓ A huge variety of content

We're the Netflix of carp fishing
Our video library is growing every week, with over 400 videos to choose from. Here's some of our favorite moments.

From the likes of Gaz Fareham, Ali Hamidi, Jim Shelley and Darrell Peck, we have films of every variety. Whether it's LIVE action, interviews, Euro-trips or something tactical on rigs and bait, you'll find it here!

Click here to find out why we started our Cypography journey.

Still unsure about subscribing?
Here's what our members had to say!

Absolutely brilliant. After watching, I immediately wanted to tell other people how good it was. Besides a pack of hooks, it’s the best £7.99 I’ve spent that I can think of!

Reignited the passion I have had for Angling after a break from fishing. With lakes getting busier and places that I used to fish years ago changing I felt like I had lost the buzz. But Cypography kicked started the fire within to go out and enjoy my angling and with like minded people.

Such an amazing programme, so well made, and so genuine...well done Elliot and all at Cypography.

I always look forward to the latest install. Listening to some formidable anglers talking about their experiences and an open insight into what’s new and old. Compelling viewing with some lovely footage. A must watch for any Carp Angler.

Purchased every episode of Cypography. Elliott took a brave decision to leave Korda and it was a great decision imo. Informative and balanced content with the opportunity to pick up a few pro tips along the way.

You're 3 steps away from UNLIMITED ACCESS to our entire video archive.
...and a whole lot more to come! 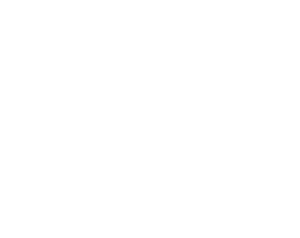 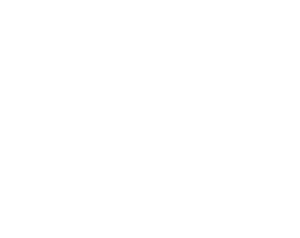 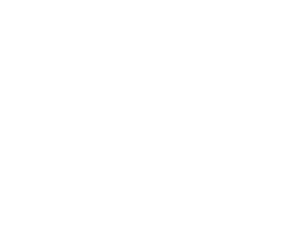 No strings attached.
You can cancel anytime, and if you don't enjoy the first 7 days of your Cypography experience,
let us know, and we'll even refund your payment!

Any questions about the membership?

Find below the most commonly asked questions...

Unlimited access to our entire video archive, consisting over 300 videos from all the biggest names in carp fishing, and fresh content every week!

Every Wednesday we release our short films, and every Friday at 5:30pm a feature film goes live, so that’s twice a week, every week!

Nope, there’s no strings attached, you can cancel at any point, not that you’ll want to of course!

Unfortunately, if we made this an option, they’d end up on YouTube quicker than you can say “Please don’t pirate copy our films onto YouTube!”

Couldn't find the answer you were looking for?
Don't hesitate and contact us at info@cypography.co.uk. We will come back to you within 24 hours.

Inspiring stories,
loads of tactics
and plenty of inspiration...

My dad loves fishing, and so did his father before him, so I was only ever going to end up the same! From an early age I planned on forging a career in fishing. In fact, following a holiday's tuna fishing trip, I decided that I'd be a deep-sea fisherman in America, aged 10! This was until the next time I went out on a boat and experienced seasickness!

Although my mind had turned to other things in the meantime, just before I left school I got back into carp fishing, which I’d been obsessed with for the first two or three years of senior school. The bug never truly dies if you love something, and from the day I left school, it’s all I’ve ever channelled myself into.

I became good friends with Derek ‘The Don’ Richie that year and he was an inspiration to me in some ways; although certainly not for the horrendous trance music he listens to, but for the way he lived and breathed carp fishing, and made his living out of it at the time. I came from a hard-working background, so you can imagine their dismay when I told my parents that I wanted to become a carp fisherman, and earn my living that way. As parents should, they tried their best to guide me away from that choice and it caused us a few problems at first, until they grasped how truly serious I was about it all. It’s a strange old pastime and I’m sure that the way it can take over your life is a bit scary to normal human beings! My parents are, however, people that had succeeded by doing what they love. With time, they embraced my plans, and have supported me ever since, for which I owe them a lot, as support from your family is like no other.

Eventually I landed myself a job at Korda Developments, who need no introduction, and it was there that my life in the industry began. I was a right pain in the arse, constantly breaking the rules, turning up late, doing and saying things I shouldn’t, but it was a proper job, in a man’s world. I should’ve been sacked a few times I’m sure, but my passion for carp fishing was never in doubt and this never went unnoticed. I also loved writing and photography, and was eventually given the opportunity to embrace it, moving into the marketing department, and honing all sorts of new skills.

As times changed and the company grew, the filming became a huge part of my role, and being the creative mind that I am, I loved this new world. I learned so very much during the 8 years I spent at Korda and they turned me from an immature young boy with a love for carp fishing, into a man with proper life skills, some direction, and an even stronger love for carp fishing, which I will always be grateful for.

I’ve always envisioned going my own way and it was inevitable that I eventually began to look at the industry and work out how I would not only be able to make my mark, but also at how I would truly be able to see my ideas come to life. I want to inspire people, as people have inspired me, and in order to do that, you need complete control of your own destiny. The rest is history, and Cypography is my chance to create something I can be proud of, my chance to inspire people, and entertain. I’m a happy guy, who knows what he loves.

I don’t produce this alone. During my time at Korda, I met Richard Stewart; he’s one of the good guys, and is now one of my best friends. With years in the industry under his belt too, a love for angling of all kinds, and a talent for both the written word and anything that involves cameras, he was the obvious choice when it came to finding a helping pair of hands. He’s been my shoulder to lean on for many years, we’ve worked together at Korda and now we’re working together again, which I’m very pleased about. They say you shouldn’t mix business with friends, but this is more than work, and hopefully this will come across in our films.

The Cypography team has grown over time and I'm delighted to work with some of my closest friends and my wife, whilst delivering our content to you. We're only a small business but we do our best to give you the service of something much bigger, your feedback is extremely valuable and we're never more than a few clicks away if you'd like to contact us.