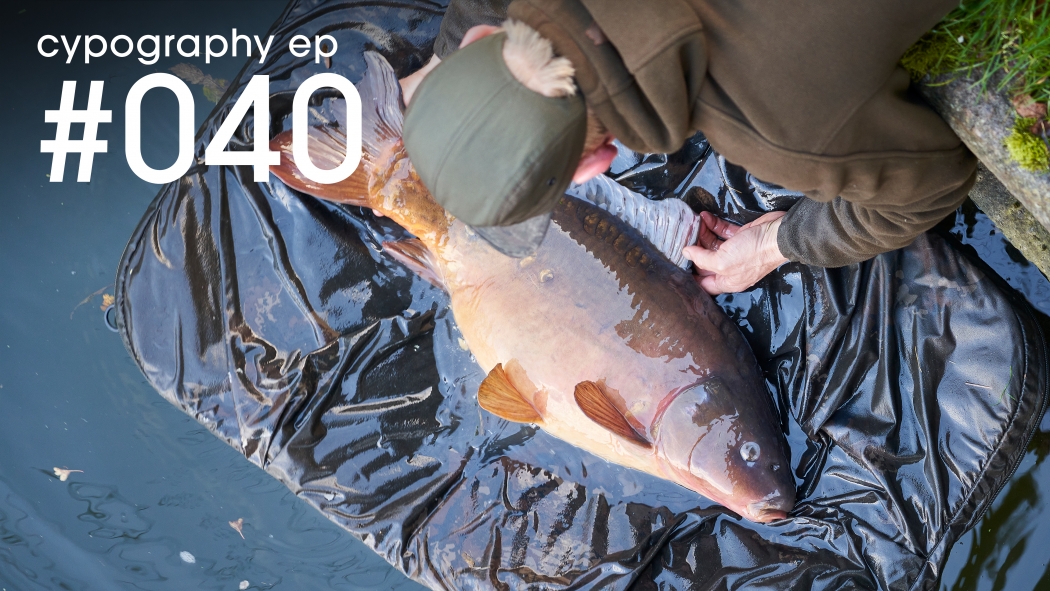 What a way to kickstart 2021; Episode #040 contains no less than 4-HOURS 43-MINUTES of high-grade carp fishing footage. We've got 14 chapters from the very biggest names in the game, and enough variety to shake a stick at!

Here's a breakdown of what to expect.

Things are looking up for the Carp Lifer duo, as lockdown is lifted and their dreams come back to reality. Celebration is in order and this film contains more than just stacks of big carp! There's plenty of socialising with friends and even a visit from their young son to keep Samir and Claire smiling (on top of all the monsters they catch) throughout this epic slice of their magical journey across Europe.

We go live in session with Steve Renyard to discover why, in the words of the man himself, his carefully calibrated Withy Pool rigs are “Like scorpions ready to strike”, especially when combined with his clever solid-bag tactics. Steve’s a committed and consistent winter angler, and the ten day-ticket carp he banked during our feature-length Tied And Tested film would tend to back that up! So, if you’re struggling to unlock your winter water, then this might just be the injection of ideas that you need.

The second part of our A Lake From Scratch series sees the team at Embryo combating Oxygenation and the feeding of carp in extremely shallow water at Roughs Lake. Many think that you can stock carp into a lake and feed them with guaranteed growth. In most cases they’d be right, but at this venue it couldn’t be further from the truth. On top of this, the Embryo team also have to deal with serious deoxygenation problems.

Few anglers have a record of success during the winter months, like Jon McAllister’s. We join him on the banks of Dinton Pastures White Swan Lake to find out what it takes to achieve the unachievable. When it comes to winter fishing experts, Jon McAllister is held in high regard. Through years of experience and with some of the country’s finest carp in his album, his wealth of knowledge is priceless, and this film will get you on the right track to change your winter angling for the better.

James Armstrong has all the knowledge you need to make your winter fishing more effective, when the going gets tough, sometimes all it takes is a bright single. On the banks of an old estate lake James puts his single hook baits tothe test and he’s going to tell you exactly how he does it.

In a modest, ground-floor flat in suburban West London, lives a man who, single-handedly, changed the face of big-carp fishing. In fact, it could be argued that he invented the single-minded pursuit of target carp by any means necessary. So, it was with nerves jangling that we visited that same flat last year and talked all things obsession with a man on whose very face you can see etched the relentless pursuit of the carp he desired above all else. We kicked off halfway through a chat about the Royal Forty, and then sprawled off across Ritchie’s carp life for a wild afternoon, never quite knowing where he'd lead us next. It’s compelling, rude, shocking, but no less enthralling because of that. Proudly we give you Ritchie McDonald For The Record… to be continued…

Alan Blair takes us on a whirlwind tour of some of his favourite locations, and bags up in the process. We start our journey at a beautiful stretch of river for some late November bread-bomb business, before moving onto a tiny stream, and eventually a canal! From the word, the action is hectic and in true Alan Blair style the carp come thick and fast, with some special characters amongst them. However you like your carp, you’ll find them here!