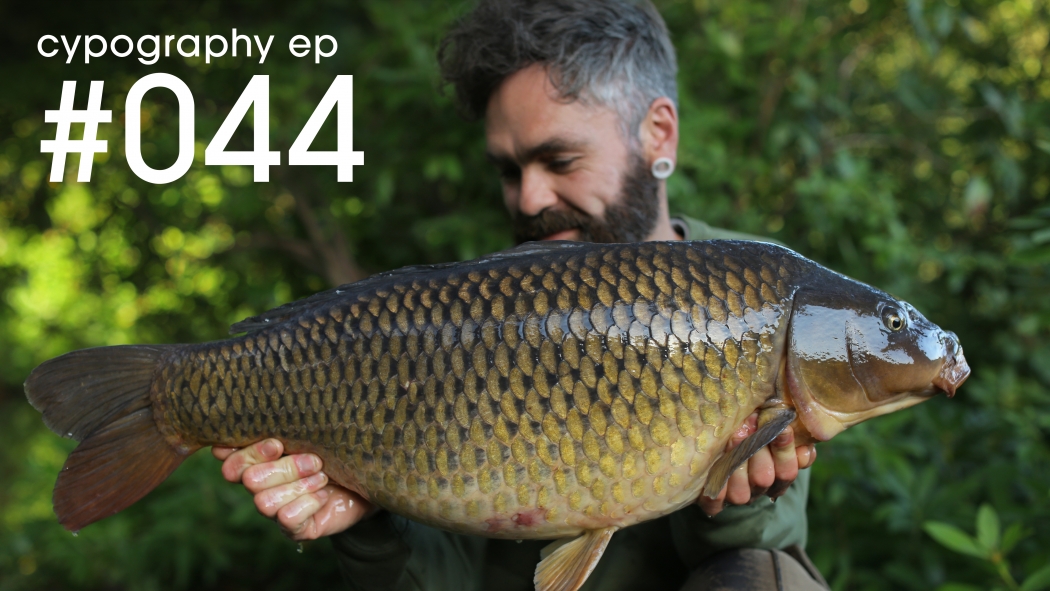 5 hours of carp fishing GOLD! This episode has it all; the legend that is Ritchie McDonald returns for pt.2 of his For The Record interview, Jack Thomson completes his most interesting of campaigns, catch carp from sewer drains. Elliott has just 24 hours to catch a carp from Stanwick Fisheries Mallard Lake, Oscar Thornton delivers a masterclass on catching big carp at close quarters, and we head to carp fishing Paradise with Gaz Fareham for the first part of a new series with him. If that lot wasn't enough, of course we have several short films too, from the likes of Neil Spooner, Elliott Gray and Gaz Fareham.

Ritchie McDonald reminisces about his remarkable rise to the top in the big-carp scene. Famous waters, epic tree-falls, a brush with the British record, public adulation and commercial disasters; Ritchie Mac tells all in part two of our For the Record interview. His rollercoaster of a carp career rolls up at Redmire, Savay, Ashlea, Wraysbury and Cassien as those lakes, and Ritchie, hit their absolute prime. There’s laughs, triumphs, disasters and poignant moments aplenty throughout this feature-length interview.

With the river season drawing to a close, Jack continues his quest to extract carp from a truly unique little venue. Visiting the drain regularly, familiarised him with its residents and a target fish soon emerged. Consistent baiting is key to success.

We look at depths, In-Focus! Have you ever considered how the depth of water you’re fishing in effects the results you have? This often overlooked subject can be a hugely critical factor in determining how many carp you catch, and never more so than during the spring. A trip to Norton Disney for a 30th birthday social, presented the opportunity to make this film and Elliott and Mike lapped it up. Something to both entertain you, and get you thinking.

Elliott Gray pits his wits against a moody day-ticket lake with just 24 hours at his disposal. With just 24 hours to unpick tricky Mallard Lake, Elliott resorts to his A-game, setting up in an overgrown swim that gives access (via a stealthy pole trick) to a corner that looks like it might just holds some carp!

Neil Spooner re-lives a boyhood dream in his Catch Of A Lifetime story; travelling to France with the Monster Carp gang, fishing the famous Lac De Saint Cassien, and catching a carp of monster proportions, against all odds!

With an ancient Surrey lake all to himself, catching carp was a formality, right? With no mobile signal, and passing cars providing the only sign that we were still in the 21st century, we follow Gaz Fareham in pursuit of a wily bunch of carp in an ancient Surrey lake. With the carp clearly masters of their shallow, silty home, the game of cat and mouse had begun!